It is sometimes easy to forget that Friends of museums exist in many other countries besides our own and have done for a long time.

In 1972, the Friends of the Fine Arts Museum in Barcelona, as part of their 40th anniversary celebrations and with encouragement from their Director, Luis Monreal, decided to try to find out whether Friends of museums in other countries would like to get to know one another and form an international network. They wrote to as many Friends groups as they could find all over the world (no mean feat in the days before databases, instant print-outs, the world-wide web and email) inviting them to come to Barcelona. Three people made the journey to Spain from the UK: David Mawson, then Hon. Secretary of the Friends of Norwich Museums; Cherry Barnett, organiser of the Friends of the Tate Gallery; and Eric Hebden, Hon. Secretary of the Friends of the National Army Museum. They had a marvellously stimulating time discussing what should be done with people from Europe and farther afield. It was agreed to establish a World Federation of Friends of Museums, full membership of which would only be open to national associations of Friends. Steering groups and working parties were set up to draw up a constitution and plan of action; it was agreed to meet again in Brussels in 1975.

No national association existed in the UK, so David and the others, keen to be part of the international group, set about establishing one. Groups were contacted and invited to attend a meeting at the Victoria & Albert Museum which must have been productive because those present agreed to go ahead and set up a British Association. Warden Swinfen, a solicitor and Friend of the Royal Pavilion, Brighton, offered to work with David Mawson on drafting a constitution; Dawn Muirhead found herself acting as Honorary Secretary and recruiting members.

The hand-written card index which Dawn started still exists in the ‘archive’ and shows that founding members included, apart from the Tate, Norwich and the National Army Museum, Friends from Belfast, Birmingham, Cardiff, Coventry, Edinburgh, Enniskillen, Glasgow, Leamington Spa, Lincoln and The Whitworth Art Gallery at the University of Manchester. Each group put £1 in the kitty to set the ball rolling. Charity registration was sought, advice sheets for members written amongst the most useful of which was ‘How to set up a Friends Group’, including a model constitution and a list of speakers (‘have slides will travel’) compiled. The fledgling committee decided that annual meetings should be hosted by a different group each time to share the load and introduce an element of rivalry.

A newsletter, edited in turn by different member groups, was published twice yearly and in 1977 the first regional meeting took place in Blackburn, Lancashire, hosted by the North West Museum Service. Cordial working relations were developed with the Museums Association and BAFM was closely involved with the progress of The World Federation of Friends of Museums through David Mawson, who combined his role as Chairman of BAFM with being President of WFFM.

By 1978 the hundredth member group was welcomed into the Association and growth has continued with over 400 groups now represented. Our Journal carries a rich diversity of news and information for members. BAFM, from its humble beginnings, entered the new Millennium as a mature, vibrant and progressive Association working tirelessly for and on behalf of its members. We look forward with enthusiasm and confidence.
You are welcome to come and join us. 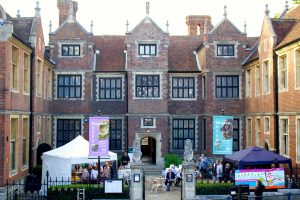 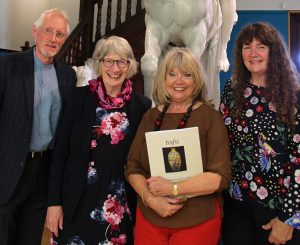 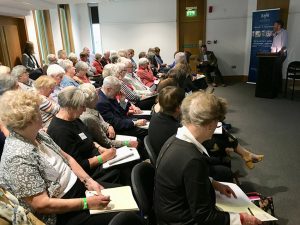 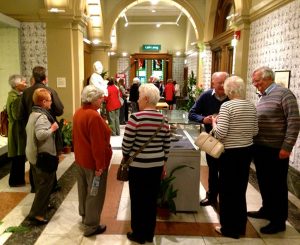 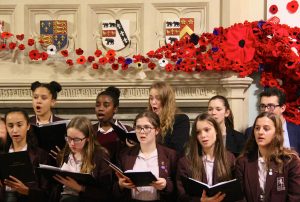