The BAFM Conference and AGM was held on Saturday 12th and Sunday 13th October 2019, at Reading Museum & Town Hall. The theme was “Museum Friends & Community Engagement: Challenge & Opportunity”.  The event was organised by Kate Khun, BAFM’s Conference Co-ordinator, & the Friends of Reading Museum (FoRM). Our thanks to them all for running a splendid event.

The introductory talks in this opening session were particularly relevant in setting the scene. The thoughts provided by the Major and the local MP (and Shadow Transport Secretary) provided useful insight into their thinking on the importance of support for heritage venues, for the benefit of local communities and in support of a tourism strategy. A later talk by the Chair of the Friends of Exeter Museum was a worthy compliment to the introductory session.

The talk by the National Heritage Lottery Fund, covering the role of Friends groups in community engagement, also set out the devolution of extended grant responsibilities to NHLF Area Committees. This will result in an increase in the importance in the role of BAFM regional groups. The availability of small grants to support the development of Resilient Organisations was of relevance to all Friends groups in their organisation and procedures. Such grants are also available to support the attraction of new groups, such as the visually impaired, into museums.

Aside from the usual benefit of sharing issues with other conference delegates – and recognising that your problems are neither unique nor insoluble – everyone is an inveterate stealer of ideas and the conference provided a wonderful source! Having stalls to visit and brochures to browse from other groups of Friends, is always a source of new ideas and possible contacts for one’s own group. Everyone found this aspect particularly valuable for taking ideas back to their colleagues.

From the afternoon session, the talk by the two speakers from Dusseldorf museum provided real context for where things might go in the UK. Whilst the financial resources available to their Friends group might greatly exceed those of many local museums in the UK, their approach to community engagement was clearly well thought through in its planning and implementation. The talk by Annette Howarth from the Friends of the University of Reading provided insight into the use of IT techniques to better engage a younger audience.

At the BAFM AGM there was endorsement for the honour of a Vice President appointment for Nora Dunbar. As a past Chairman of BAFM and a lifelong supporter of the Friends’ movement, she is a worthy appointee. A presentation was also made of this year’s Robert Logan Award winner – Holly Donaldson.  Presentations to the BAFM Newsletter Awards winners were given at the Reception following the Conference. Well done to everybody.  The day concluded with a Finale Dinner with guest speaker, Round the World cyclist Tim Milliken.

We hope to see you all at next year’s annual Conference in Dundee . 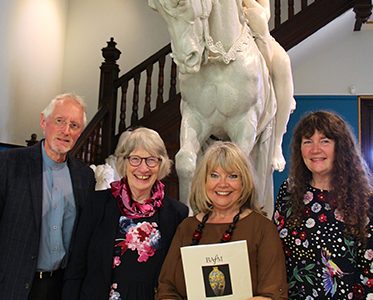 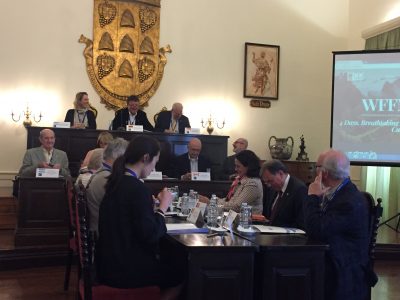 WFFM Annual Conference & AGM, 2018
The World Federation of Friends of Museums (WFFM)  promotes and spreads the idea of Friends…